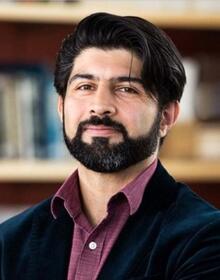 Popular Politics and the Path to Durable Democracy

This work grows out of his experience as a participant-observer of the pro-democracy movement in Iran, but his research agenda moves outward from this case to explore these issues on a global scale, using case studies, comparative-historical methods, and statistical analyses.

He holds a PhD in Sociology from the University of North Carolina at Chapel Hill, and earned a MA and BA in political science from University of Tehran in Iran. From 2016 to 2018, Kadivar was a postdoctoral fellow at Watson Institute for International and Public Affairs at Brown University.

Kadivar’s research has been published in the American Sociological Review, Social Forces, Comparative Politics, Socius, Mobilization, and Sociology of Development. His work has won awards from the Collective Behavior and Social Movement (CBSM), Comparative Historical Sociology, Global and Transnational Sociology, Sociology of Development, and Peace, War and Social Conflict sections of the American Sociological Association (ASA). Kadivar’s first book is forthcoming in 2022 with Princeton University Press. He has also published analyses of Iranian politics for public audiences in English and Farsi in outlets such as Foreign Affairs, Washington Post’s Monkey Cage blog, and BBC Persian. 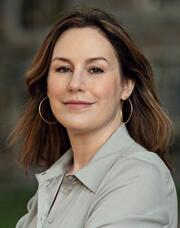 Geneviève Zubrzycki, Professor of Sociology at the University of Michigan

geneviève zubrzycki is professor of sociology at the university of michigan, where she directs the weiser center for europe and eurasia. a historical and cultural sociologist, she has published widely on nationalism and religion; collective memory, national mythology and the politics of commemoration; and visual culture and materiality. she’s the author of the award-winning  the crosses of auschwitz: nationalism and religion in post-communist poland, beheading the saint: nationalism, religion and secularism in quebec, and national matters: materiality, culture and nationalism. her most recent book, resurrecting the jew: nationalism, philosemitism and poland’s jewish revival analyzes the current renewal of jewish communal life in poland and non-jewish poles’ interest in all things jewish, exploring the limits of performative solidarity and empathetic forms of cultural appropriation. in 2021 zubrzycki was the recipient of a guggenheim fellowship and was awarded the bronislaw malinowski prize in the social sciences from the polish institute of arts and sciences of america. 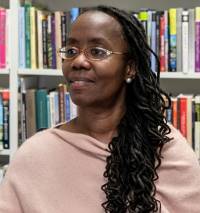 Reckoning and Reconciliation: Histories of Place in Struggles Over Race and Memory

Angel Adams Parham is Associate Professor of Sociology and senior fellow at the Institute for Advanced Studies in Culture (IASC) at the University of Virginia.  She works in the area of historical sociology, engaging in research and writing that examine the past in order to better understand how to live well in the present and envision wisely for the future.  This research focus is rooted in her interest in re-connecting sociology to its classical roots so that sociology is understood to be a kind of public philosophy animated by questions such as: What is a good society? and What kinds of social arrangements are most conducive to human flourishing? She is the author of American Routes: Racial Palimpsests and the Transformation of Race (Oxford, 2017), which was co-winner of the Social Science History Association’s Allan Sharlin Memorial book award (2018)  and co-winner of the American Sociological Association’s Barrington Moore award in comparative-historical sociology (2018). In addition to this research, she is active in public-facing teaching and scholarship where she provides resources and training for K-12 educators who are looking to better integrate Black writers and Black history into their teaching.  A book related to this work was published in the summer of 2022 and is entitled The Black Intellectual Tradition: Reading Freedom in Classical Literature. Parham’s public-facing work has also led her to become the co-founder and executive director of Nyansa Classical Community, an educational organization which provides curricula and programming designed to connect with students from diverse backgrounds, inviting them to take part in the Great Conversation, cultivate the moral imagination, and pursue truth, goodness, and beauty. She has been a member of the School of Social Science at the Institute for Advanced Study in Princeton, as well as the recipient of a Fulbright grant. She received her bachelor’s degree from Yale University and completed her doctoral work at the University of Wisconsin-Madison.