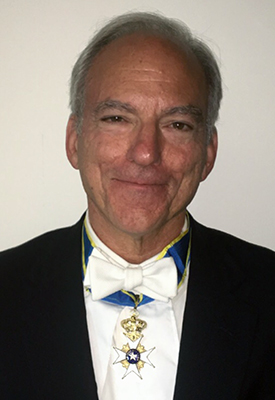 Congratulations to Yale Department of Sociology alumnus Lawrence W. Sherman, PhD ‘76, who has been knighted by King Carl XVI Gustav of Sweden for his services to the country and its Ministry of Justice. Professor Sherman is Director of the Institute of Criminology of the University of Cambridge, where he has served as Wolfson Professor of Criminology since 2007. He is well-known as a pioneer of experimental criminology and an advocate of evidence-based crime prevention. Professor Sherman has produced major findings in many areas, including the policing of domestic violence and the occurrence of crime “hot spots.” His previous appointments include professorships at the University of Maryland and the University of Pennsylvania. He has also served as president of the American Society of Criminology, the International Society of Criminology, and the American Academy of Political and Social Science. Read more