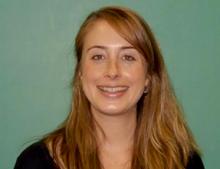 Graduate student Sara Bastomski recently published an article in the journal Sex Roles concerning women’s experiences of public places. The paper, entitled “Gender, Fear, and Public Places: How Negative Encounters with Strangers Harm Women,” explores gender differences in the experience of incivil behavior in public such as tailgating, pushing in crowded spaces, and yelling or cursing. Lead author Bastomski found that women were significantly more likely to report recent experiences of public incivility compared to men. It also showed that women were significantly more likely to report such experiences having a negative impact on their emotional well-being, especially when the rude stranger was a man. Women were also more likely to limit their use of public places as a result of such experiences. The article was coauthored with Professor Philip Smith and a version of the research was previously presented by Sara at an American Sociological Association meeting.