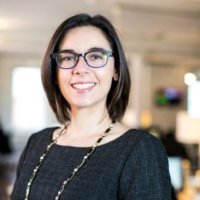 Alumna Elizabeth Breese was recently featured in a piece by the Smithsonian Magazine entitled “The Media Learned Nothing After Misreporting the Reagan Assassination Attempt.” Citing her work in the recently published The Crisis of Journalism Reconsidered, the article attempts to explain how and why the field of American journalism misreported the attempted assassination of President Ronald Reagan, originally claiming that he had not been struck in the shooting. Breese explains the bungle by showing that news networks had developed expectations of instant reporting. She makes links to the Gabrielle Giffords shooting in 2011, where NPR erroneously reported Giffords’ death, in order to demonstrate how this tendency remains in the journalistic sphere, in the age of Twitter. The Crisis of Journalism Reconsidered with Yale Professor Jeffrey Alexander, is available now from Cambridge University Press.