The Sociology Department regrets the loss of Charles Perrow 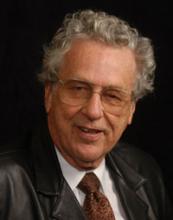 The Sociology Department regrets the loss of Charles Perrow. ‘Chick’ was born in 1925 and gained his PhD from Berkeley in 1960. He joined Yale in 1981 and became Emeritus at Yale in 2000. After his official retirement Chick remained an active member of our departmental community for many years. Famed for his analytic mind Perrow accumulated multiple fellowships, awards, elected offices and honors in his lifetime. These culminated in the 2019 Distinguished Career Award from the American Sociological Association. He was a giant figure in the world of organizational sociology and is best known for his six books and over fifty articles looking at bureaucracies, capitalism and complex systems. In recent years he was widely acclaimed for his work on ‘normal accidents’. His book on the topic from 1984 (revised in 1999) has been cited over 12,000 times. It argued catastrophes like Three Mile Island and the Challenger space shuttle disaster happen when humans and leading-edge technologies come together. Even if we can’t predict exactly when or where such unfortunate events will take place they are in a sense inevitable given the complexities of the social/technology nexus and the possibilities for a cascade of errors and enchained failures.