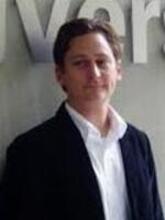 Jason L Mast is a Marie Skłodowska-Curie Global Research Fellow at the University of Trento and Yale University. Funded by the Horizon2020 program of the European Commission, Mast’s research investigates “cultural codes in crisis” in three series of events that occurred during the second decade of the twenty-first century: the rise of Trumpism in the US, the prelude to the Brexit vote in the UK, and the successes of the far right in Germany. Currently, he is focusing primarily on the rise of populism in the U.S., and explaining Donald Trump’s victory in the 2016 presidential election. Cultural forms like codes and narratives, and processes like social performances and dramas, are central themes in this work. Some of his recent writings can be found in the edited volumes, Populism in the Civil Sphere (2021, Polity), and Politics of Meaning /Meaning of Politics: Cultural Sociology of the 2016 U.S. Presidential Election (2019, Palgrave Macmillan) (Visiting CCS Faculty Fellow).