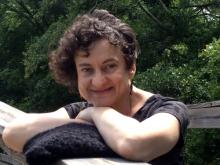 I study different kinds of micro and macro practices of social order and how these relate to uncertainty.

My focus is on two kinds of issues: security and surveillance in collective public life and religious and cultural conflict and coexistence in bounded environments.

My first book, Security and Everyday Life (2013 [2011]), examines how security competes with other values and rights in contemporary societies and the implications of the ascendance of the value of security for our collective public life.

My second book, Surveilling and Securing the Olympics: From Tokyo 1964 to London 2012 and Beyond (2019 [2016]), is a historical analysis of how surveillance and security became an integral part of the Olympic Games and their host cities.

Two books are in progress. They are based on my on-going fieldwork in Jerusalem.

Custodians of the Tomb of Christ in Jerusalem: Ritual and Custom in a Shared Space is a study of conflict and coexistence of six culturally and theologically different Christian groups in a sanctuary in Jerusalem where intergroup relations are governed by an indigenous legal culture.

Christian Pilgrimage in Jerusalem: Performing Social Realities is a comparative analysis of Christian groups on their pilgrimage through Jerusalem as specific ways in which people interact collectively as a group to create conditions under which they can experience biblical events in the city today.