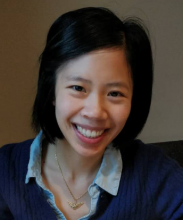 My research agenda advances the sociology of race and ethnicity and the sociology of religion by interrogating their intersections and tensions in different institutional spaces, such as higher education, science, and medicine. Drawing on a range of data sets, over three hundred interviews, and various quantitative methods, I have published eight peer-reviewed articles on these topics in sociological and interdisciplinary journals and have another, based on a chapter from my dissertation, conditionally accepted at Ethnic and Racial Studies.

My dissertation examines how numerical representation, organizational structure and culture, and cultural narratives intersect to produce varying experiences of inclusion and perspectives of diversity among different groups. I spent a year conducting field work at an evangelical private university and a (secular) public university and interviewing seventy-eight students from three populations: Asian Americans, LGBTQ+ individuals, and undergraduates involved in diversity leadership. Through comparing the two universities, I analyze how particular cultural (secular and religious) resources intersect with university structure to promote the inclusion or exclusion of different social groups, such as those defined by race and ethnicity in contrast to those defined by gender and sexuality.

Chan, Esther and Elaine Howard Ecklund. 2016.  “Narrating and Navigating Authorities: Evangelical and Mainline Protestant Interpretations of the Bible and Science.” Journal for the Scientific Study of Religion 55(1):54-69.