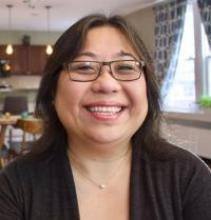 She studies race, ethnicity, and immigration as they collectively relate to education and relationships among young people. She also has interests in the effects of migration on young people and has written papers on these topics in Mexico, China, and Spain. More recently, she has developed interests in the Sociology of Music and in K-Pop in particular.

Her most recent book (with Kara Joyner and Kelly Stamper Balistreri) is titled The Company We Keep: Interracial Friends and Romantic Relationships from Adolescence to Adulthood (ASA Rose Series/Russell Sage Foundation). Along with co-authors Phoebe Ho and Hyunjoon Park, she has a 2022 forthcoming book titled The Transition to Adulthood in America: Racial, Ethnic, and Immigrant Diversity (University of California Press).

In 2017, she received the “Contribution to the Field Award” from the ASA Section on Asia and Asian America. She was also named the Robin Murphy Williams Lecturer by the Eastern Sociological Society in 2018.

According to Google Scholar, her work has been cited almost 13,000 times.