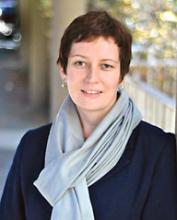 Julia Rozanova is a postdoctoral research associate with the Urban Ethnography Project in the Department of Sociology at Yale University. She received her PhD in Sociology in 2008 from the University of Alberta, Canada, where her research focused on cultural ideals of successful aging and ways in which these ideals create barriers for social engagement and exacerbate social exclusion for disenfranchised and vulnerable population groups. For this project, Julia conducted fieldwork in three urban settings in three Canadian provinces – Alberta, Ontario, and Nova Scotia. This research, published in the Canadian Journal on Aging and in the co-edited monograph by Peter Lang Verlag (forthcoming), has been awarded the Civic Engagement in Older America First Prize from the Gerontological Society of America.

Julia taught at the faculty of medicine of the University of British Columbia and was a postdoctoral research fellow at the Center for Gerontology and Health Care Research at Brown University, where her work on media representations of nursing homes was supported by a fellowship from the Killam Foundation and a fellowship from the Canadian Institutes for Health Research Institute on Aging. She was also a postdoctoral research fellow at the Yale School of Public Health, where she has taught a course in psychosocial epidemiology, and examined how age matters to public support for social policies under conditions of economic insecurity under the mentorship of Dr. Mark Schlesinger. Julia is completing a paper from this research and has three other papers in process: on cultural theory of ageism, on the history of age relations in America, and on sexuality and online dating in later life (in collaboration with Dr. Laura Hurd Clarke and Dr. Mineko Wada). Her previous papers on successful aging, social engagement, and media stereotypes of later life have been published in the International Journal on Aging and Later Life and the Journal of Aging Studies.

Julia is an active member of the International Sociological Association. She is co-organizing (with Dr. Markus Schulz from the University of Illinois, and Dr. Andreas Hoff from Zittau Görlitz University in Germany) a plenary Integrative Session  ”Inequality and the Future of Aging” at the forthcoming World Congress of Sociology in Yokohama, Japan in July 2014.

Julia’s current research focuses on intersectionality of age, gender, race, and social class in determining ways in which individuals and groups compete for social status. Her work is ethnographic in nature and also uses other qualitative methods for collecting and analyzing the data, particularly critical discourse analysis of texts. Julia’s main interests include urban ethnography, the changing family, inter- and intra-generational inequality, ageism and race, and cultural analysis. Under the mentorship of Dr. Elijah Anderson, and in collaboration with Dr. Steven Southwick, Dr. Ilan Harpaz-Rotem, and Dr. Robert Pietrzak from the Yale Department of Psychiatry, Julia is currently working on the project that examines life-course transitions of American veterans who have come from underprivileged neighborhoods and are trauma survivors.