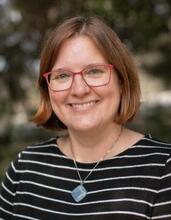 Rene Almeling is associate professor of sociology at Yale University with research and teaching interests in gender and medicine. Using a range of qualitative, historical, and quantitative methods, she examines questions about how biological bodies and cultural norms interact to influence scientific knowledge, medical markets, and individual experiences. She is the author of Sex Cells, an award-winning book that offers an inside look at the American market for egg donors and sperm donors. Her new book, GUYnecology, examines why there is so little attention to men’s reproductive health and analyzes how this gap affects medical knowledge, health policy, and reproductive politics.

Professor Almeling has also conducted two original surveys, the first on Americans’ attitudes toward genetic risk (with political scientist Shana Kushner Gadarian) and the other on women’s bodily experiences of in vitro fertilization. With Sebastian Mohr, she is co-editor of a double special issue on “Men, Masculinities, and Reproduction” (2020). She has received funding for her research from the National Science Foundation and the Robert Wood Johnson Foundation. Her articles have appeared in American Sociological Review, Annual Review of Sociology, Journal of Health and Social Behavior, and Gender & Society. She is a recipient of the Arthur Greer Memorial Prize for Outstanding Scholarly Research, one of Yale’s highest honors, and holds courtesy appointments in American Studies, the Yale School of Public Health (Department of Health Policy and Management), and the Yale School of Medicine (Section of the History of Medicine). During the 2019-20 academic year, she was a fellow at the Center for Advanced Study in Behavioral Sciences at Stanford University.

For more than a century, the medical profession has made enormous efforts to understand and treat women’s reproductive bodies. But only recently have researchers begun to ask basic questions about how men’s health matters for reproductive outcomes, from miscarriage to childhood illness. What explains this gap in knowledge, and what are its consequences? Rene Almeling examines the production, circulation, and reception of biomedical knowledge about men’s reproductive health. From a failed nineteenth-century effort to launch a medical specialty called andrology to the contemporary science of paternal effects, there has been a lack of attention to the importance of men’s age, health, and exposures. Analyzing historical documents, media messages, and qualitative interviews, GUYnecology demonstrates how this non-knowledge shapes reproductive politics today.

Unimaginable until the twentieth century, the clinical practice of transferring eggs and sperm from body to body is now the basis of a bustling market. In Sex Cells, Rene Almeling provides an inside look at how egg agencies and sperm banks do business. Although both men and women are usually drawn to donation for financial reasons, Almeling finds that clinics encourage sperm donors to think of the payments as remuneration for an easy “job.” Women receive more money but are urged to regard egg donation in feminine terms, as the ultimate “gift” from one woman to another. Sex Cells shows how the gendered framing of paid donation, as either a job or a gift, not only influences the structure of the market, but also profoundly affects the individuals whose genetic material is being purchased.

If you do not have free access to any of the following publications, please email me for an electronic copy.

More and Less than Equal: How Men Factor in the Reproductive Equation

Sex Cells: The Medical Market for Eggs and Sperm

Objectification, standardization, and commodification in health care: A conceptual readjustment