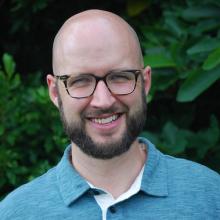 My research and teaching focus on race, religion, and transnational solidarities. My dissertation, Black Visions of the Holy Land: African American Christians, Israel & Palestine, is a comparative analysis of transnational solidarities linking African American Christians with Israel and Palestine. Based on six years of fieldwork in the United States, Israel, and Palestine, including 90 interviews, I examine motivations for involvement in the Israeli-Palestinian conflict. Across contrasting black church traditions of political engagement, I examine pro-Israel Christian Zionists that work closely with the religious right in contrast to Palestinian solidarity activists that emphasize a common emancipatory project between African Americans and Palestinians. My findings show that African American Christian engagement with Israel and Palestine is, in part, an expression of existing identities based on notions of shared black church culture. I also find evidence that Israel-Palestine provides a new context for reworking the alignment of existing identities in global terms. I argue that black religious politics is best understood in field theoretic terms as a contested social space where actors representing claims to the core identity of “the Black Church” compete for priority.

This research on the relationship between domestic and transnational black religious politics contributes to broader theoretical debates about the relationship between national- and global-level social fields. It further emphasizes race as an understudied aspect of social field dynamics beyond class relations. My work also contributes to debates within African American Studies and Black Church Studies on the social significance of “the Black Church.” Here, my argument for approaching black religious politics as a field of contestation reconciles the diversity of black churches in the United States with the unifying normative category of “the Black Church.”