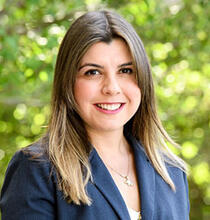 Prof. Karakaya will be on leave Spring term.

Yagmur Karakaya’s research and teaching interests are in political sociology, cultural sociology, and collective memory. Specifically, she studies nostalgia as a collective force, highlighting its central place within both populist political discourse and popular culture. Her book project examines the contemporary Ottoman revival in Turkey as a dynamic process between two forms: state-sponsored neo-Ottomanism observable in public displays, and the entertainment-oriented popular Ottomania, exemplified by leisure activities. In her article in American Journal of Cultural Sociology (2020), she argues that state-led populist nostalgia mobilizes both emotions and reflexive cognition to shape political engagement. This article was awarded an honorable mention by the American Sociological Association’s Culture Section in 2019. A lead-authored article came out from Social Forces in 2022. This research draws on a systematic analysis of Donald Trump/MAGA rallies, to argue how Trump uses his performance to fuse a distinctly American style of populism. Focusing on the cultural accomplishment of his performance, particularly the creation of a business-friendly rhetoric that leverages popular cultural idioms underlines the shift from politics as vocation, to politics as business. Her work also appeared in Sociological Forum Sociological Inquiry, and New Perspectives on Turkey.