Home » About Us » Department History 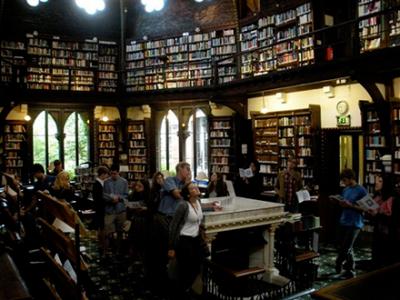 Wendell Bell’s recently published memoir Memories of the Future (Transaction Publishers 2012) is filled with stories from Bell’s life—growing up in California, serving as a navy pilot in WW2, going to college and graduate school after the war, becoming a sociologist and a futurist, learning the skills of horsemanship, and, of course, additional stories from his nearly 49 years at Yale (32 as professor and 17 as emeritus). Bell uses these stories partly as illustrations, showing how images of the future produce actions that, in turn, help shape the future, even though chance and circumstance, unexpected twists and turns, can enter in and sometimes create surprising results. He includes some of the history of Yale sociology, and, more generally, descriptions of the struggles to control Yale University’s future, especially during the late 1960s and 1970s. Read more…

In the 2011 Yale Journal of Sociology, Adams and Weakliem introduce the first published version of August Hollingshead’s “Four Factor Index of Social Status” (1975), probably the most-cited unpublished paper in American sociology. August de Belmont (“Sandy”) Hollingshead, who chaired the Yale department from 1959-65, was born in Lyman, Wyoming in 1907, and died in 1980. The son of a stockbreeder, he received his bachelor’s (1931) and master’s (1933) degrees from the University of California-Berkeley. Hollingshead became interested in the social structure of contemporary societies in the summer of 1931 when, he wrote, “I made a field trip to British Columbia, Canada, and observed…” [continued…]

The Secret History of Sociology at Yale: “Billy” Sumner’s Charisma And Its Problematic Institutionalization

By B. Nadya Jaworsky and Jeffrey C. Alexander

Prepared for “133 Years of Sociology at Yale and Today,” a departmental reunion held in April 2007 and attended by alumni from all over the world. One of the central themes for the weekend was a look back at the department’s origins. See also: “Sumner’s Tales: Reflections on 133 Years of Sociology at Yale,”Footnotes: Newsletter for the American Sociological Association. Vol 35, no. 7 (Sept-Oct 2007). Download PDF.